We built WP BOOM because, like you, we manage WordPress websites and found it painful to visually test all of them after every WordPress core, plugin or theme update. Those updates come frequently, and updating is beneficial, but who wants to spend hours testing every site after each update? But if we don’t test, we run the risk of missing a problem introduced by one of those updates and having a client or visitor report it to us. That’s lame.

So, we thought it would be cool if there was a tool that crawled a site, took a screenshot of every page, and then compared those screenshots to earlier versions of each page to tell us if something changed. After all, it’s okay if the code changes a little in the background due to an update as long as the site doesn’t look any different as a result. If it DOES look different, that means something broke. And thus WP BOOM was born.

We built the product at first mainly to differentiate our own Managed WordPress hosting. However, we quickly realized this was something that almost any WordPress website owner, developer, agency or hosting company could use. So we began adding the features that would be needed to support a user base.

We hope you find WP BOOM useful and that it saves you hours of tedious page testing after each time you update your site. 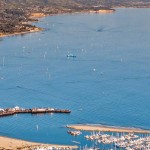